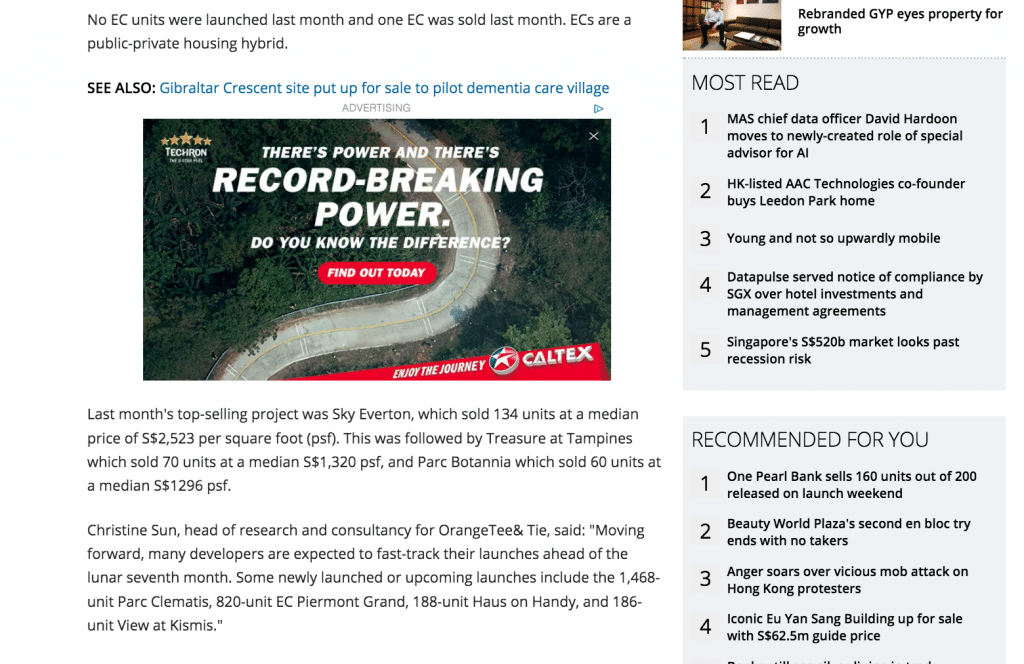 Sales volume of private homes by Singapore developers hit 821 units in June. The figures are 26% higher than the 654 units sold in June the previous year. Compared to the 952 units sold in May, the volume in June has declined by 14%.

Sky Everton was June’s top selling project. It sold 134 units at the median price of $2,523 per square foot.

The next highest selling project was Treasure at Tampines, which moved 70 units at 1,320 psf median price. In third place was Parc Botannia which moved 60 units at median $1,296 psf.

Industry watchers say several developers are aiming to expedite their new projects before the lunar seventh month which is seasonally a dismal period for sales. Some of the upcoming launches includes Parc Clematis, a 1,468-unit development at Clementi.

Fill up the form on the right and get a copy of Parc Clematis Price, E-Brochure, and Latest Updates!

Tap To Call Us Now
Open Chat
Powered by
Want to know more about Parc Clematis pricing and VIP discount. Our developer sales team is always active to help you.